You may be wondering what happened to any Austin TC tdps surcharge you might have had after the repeal of the Driver Responsibility Program. Well, on September 1, 2019, the program ended, and all fees were waived. However, you may be experiencing some of the aftershocks of that program ending. More than 600,000 Texas drivers will be eligible to have their driver’s licenses reinstated. When the program went into effect, many ridiculed it for the extra surcharges placed on top of tickets. Fees would range from $100 to $2000 depending on the offense. This did not include the traffic tickets, which were the reason fees were enstated — these fees required to be paid for three years following the offense.

What Happened to my Austin TX tdps Surcharge?

Fortunately, Texas Governor Greg Abbott signed House Bill 2048. Signing the bill terminated the dreaded 16-year program. Another beneficial feature of the termination of the Driver Responsibility Program is the wipe of all surcharges once the program officially ends. 1.5 million Texas Drivers were let back on the road after the program ended. Once it was over, more than 600,000 people who had no fees or suspensions remaining would have their suspended licenses lifted. On the other hand, another 300,000 Texas drivers needed to pay a reinstatement fee to get back on the road legally. As aforementioned, fees ranged in sizes, but a full list can be found below.

The full list of potential fees is listed below.

Even though all surcharges were wiped on the first of Septemeber, it was crucial for those who had outstanding surcharges to continue to pay them for important reasons. If your license was not suspended, but you still needed to pay surcharges on your account. Then you should have kept doing so until September 1. If you did not, the department of public safety might have suspended your license. Subsequently, you would have to pay another fee to reinstate your driver’s license.

Minute details, like these, might have caught up with you once you heard all fees would be waived once the program ended on Septemeber 1. 16 years is a long time to build-up traffic tickets along with the surcharge on top. These unfair fees haunted people for years after their traffic violations. Luckily, Kelly McMahan Law is here to help out the Austin area. There are over 950,000 people in the Austin area. She assists Texas drivers who have been issued a Class C misdemeanor. Class C misdemeanors can snowball into larger problems later on. Speeding tickets, running a stop sign/light, or an unsuitable lane change are a few examples of simple traffic violations that Kelly McMahan Law will help you battle against.

Kelly McMahan will assist you in combating the rise of your insurance and protecting your driving record. The last thing anyone wants is their driving record splattered with violations. A simple rule for Class c misdemeanors is The Texas driver’s license point system is as follows:

Kelly will also assist in getting Austin traffic warrants lifted from your name. Traffic warrants are when you forget to pay a traffic ticket, or you didn’t pay it in time. A missed or late payment will cause your driver’s license to become invalid. An invalid driver’s license will create more problem down the road if it not handled. Late or several unpaid parking tickets will cause a warrant for your arrest.

Kelly McMahan is best at being thorough and will make sure she gets the story correct in a number of ways. It is a large misconception that all traffic tickets are final, but that is not the case. Traffic tickets can be contested because of the number of reasons they might have been inaccurately distributed. Some may try to contest traffic offenses alone, which normally only leads to the citizen losing.

Kelly McMahan Law also tackles occupational driver’s license for Austin area Texas drivers. The process of getting one of these licenses can be tricky to maneuver, especially if you are new to the state. Plus, needing one of the licenses for work or just daily life is important for many. Kelly McMahan can assist clients in achieving an occupational driver’s license, so they do not have to take time away from their daily life.

There are significant benefits to hiring a traffic violation lawyer to contest the charge. First off, she can help remove those traffic offenses on your driving record. Texas drivers can have a hard time trying to remove these violations from their records, especially if they were during the time of the driver responsibility program. During that time, traffic violators face harsh fees on their records and so it is important to fight those fees if at all possible. Fighting a traffic violation is really important if you believe you did not violate the law that the officer is stating.

Some officers make mistakes in the way they handle traffic violations which could warrant contesting a ticket. Kelly McMahan Law will investigate as thoroughly as possible so that she can be as informed as possible when fighting your traffic citation. She will investigate the place in which the proposed violation took place and even recount the steps the officer took to handle the traffic offense. These are crucial elements when handling a traffic violation for her clients. 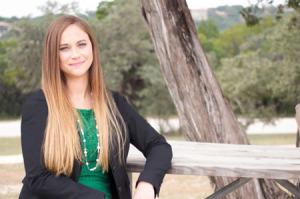 Kelly McMahan can help you resolve your class C violations

Finally, Kelly McMahan has handled hundreds of clients and cases ranging in all sorts of traffic offenses including class c violations. McMahan graduated from Texas Wesleyan School of Law in 2010. Soon after, she took the Texas Bar Exam and moved to Austin immediately after. Her clients always feel stress-free because of her process in the case. You can start getting help from Kelly McMahan Law with any Austin TX tdps surcharge problems by calling (512) 843-2889 in the Austin, TX area.