A traffic ticket in Austin is not a conviction did you know that? Protect your driving record! Attorney Kelly E. McMahan is a traffic violation attorney near me as well as a native Texan. She can help with class C misdemeanor cases such as speeding tickets and other citations. You are on the road and of all people driving in Austin, it was you that received the ticket that is the biggest pain. The cost of insurance is already high so you are trying to avoid. It is Kelly McMahan Law that will keep you from higher insurance premiums.

If I have an old ticket, do I have a warrant? If you live within the (8) counties that make up Austin, Texas, you most likely have a warrant for your arrest and you don’t even know it. Depending on what county you live in they may or may not contact you by mail. Even if you have not heard from the county by mail you might need a traffic violation attorney near me. It is better to have representation so you can protect your driving record and keep the costs of insurance down.

Many of us have experienced being issued a ticket and just putting it in the glovebox or the center console of our vehicle and forgetting about it.  This might have happened multiple times. Unfortunately, tickets that are not dealt with in a timely manner could result in pretty severe consequences. Enough tickets or even one ticket that is forgotten over a period of time could result in an invalid drivers license.

Consequences of a Forgotten Traffic Ticket

It starts with an old ticket that you forgot about and as a result, now you have a suspended drivers license and you might not even know traffic violation attorney near me can help you. A warrant for your arrest could be in the system of every police officer across all (8) counties which means you will be arrested if you are pulled over for even a tail light out. So now the scenario is, you were pulled over for a tail light out, the officer ran your license and found a warrant and you got arrested. While the bail is not much, you still have to be processed into the system and wait hours just to get bonded out. You have a relationship with the bond company until your court date.

You most likely would have gotten a warning for a tail light that is out but because you forgot about an old ticket, you now have a warrant. This is where a traffic violation attorney near me like McMahan Law comes in to play. You want to avoid the time and humiliation that being arrested for a traffic ticket incurs.

Specialized drivers licenses are how you make a living and to have these types of licenses at risk can cost you your job. Eligibility for this type of license is an absolute necessity for daily life. If you are new to Texas you will still to apply for a Texas-issued license. Navigating the process for a license is a must in order to maintain hours a work or to make progress in your projects at home.  You do not want to put this specialized license at risk. 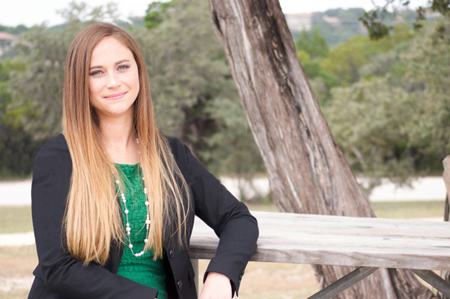 If you have a case number assigned to a municipal court or with the Justice of the Peace then it is classified as a Class C misdemeanor. This type of classification is is generally for traffic tickets or various moving violations that you might need a traffic violation attorney near me. Other offenses such as DWIL (driving while license invalid), DUI minor, assault, theft, possession of drug paraphernalia or public intoxication all need an attorney. These are charges worth fighting. The end result is not worth it and we can help you avoid all of this mess.

A negative impact on your eligibility for school, work, and other programs is the end result if you do not call McMahan Law and schedule a consultation today. You need to be effectively represented so that your record will not have these violations on them. It takes 5-7 years for these to drop off of your record and you cannot afford that.

The reasons that officers distribute citations are ever-more increasing. At first, you think you just have to pay a fine to get it over with but these are consequences you do not want to deal with. Each speeding ticket or moving violation means more points on your driver’s license. With enough points on your driver’s license, your driving privilege can be revoked. The cost of insurance with each citation will go up and stay increased for five years. The only option is to pay for expensive drivers education courses that can take up to an entire twenty-four hours to complete which again, is more time and money.

3 points – moving violation conviction that resulted in an accident

It is a common misconception that a traffic ticket is final and that the officer issuing the citation is always right. The point system alone is reason enough to have representation so that you do not lose the privilege to drive whether it is for personal use or for work.

♠ Is the Live Music Captial of the World

♠ Famous for its bats. 1.5 million bats emerged from a bridge before sunset between March and October