Kelly McMahan may focus on Austin traffic ticket cases, but there are many other types of cases she assists the client with. Disorderly conduct is a class C misdemeanor that can escalate to a class B misdemeanor varying on the situation. This misdemeanor features obnoxious and unruly behavior, according to Texas state law.

Disorderly conduct may be charged if a person is disturbing the peace or portraying disruptive behavior. However, the person is not causing any harm to the safety of others. There are many examples of disorderly conduct, which you can find below. 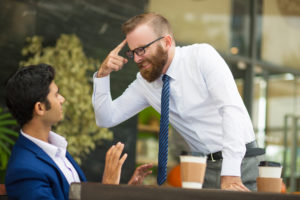 Disturbing peace and using abusive language in a public space can lead to disorderly conduct.

There are a number of defenses for disorderly conduct cases. Kelly McMahan can help you find the right defense for your case so you won’t have to pay the hefty fees. The prosecutor must prove the disorderly conduct was performed intentionally and knowingly. So, if you performed the conduct unintentionally or without knowing, then you have a strong case against the citation.

So, there are some other possible defenses that you could take. The lack of knowledge about disorderly conduct is a very common defense. It also plays into the idea that you did not know you were disturbing the peace. This defense would significantly affect how your case would move forward. Other defenses may include the lack of fighting words, you simply did not commit the act, and a reasonable fear of bodily harm from a dangerous animal.

If you believe you have been wrongfully issued a disorderly conduct charge, then get in touch with Kelly McMahan Law today. Give her law firm a call today at (512) 843-2889. She can help you form a defense against your charge. You may also visit her services page to find more information on what other cases she can tackle. Kelly McMahan primarily focuses on traffic ticket violations, but there are many other cases she can handle.